If you’re not already a subscriber, sign up here and be eligible to win awesome prizes each month!

This month, we’re excited to share a guest article by our very own Everett De Morier, author of The Invention of Everything and the novel Thirty-three Cecils, which is about to become a major motion picture starring and directed by Matthew Modine. Everett gives us his take on recent negative trends in publishing . . . and why we need to stop them.

Take it away, Everett! 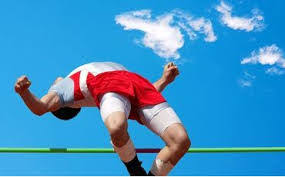 Now, back then, the word published had a very clear and very defined meaning. It meant that a business, called a publisher, believed in your work so much that they decided to partner with you. They would take on all the financial risk; they would edit, develop, distribute, and promote; and you would share in the profits.

This was called publishing.

Being published back then meant traditional publishing, though we didn’t even call it “traditional;” it was just called “publishing.” Why? Because self-publishing didn’t really exist back then; well, it did, but it was completely different from what it is today.

Back then, self-publishing was extremely expensive and very complicated, and very few people did it. I mean, in the 1990s, there was no such thing as ebooks, Amazon was in its infancy, and if you wanted to self-publish, you had to write your book, pay thousands of dollars to get it bound, and then figure out what to do with the twenty boxes you had in your garage so you squeeze your Miata back in there.

Everett in current day: “So yeah, I had a few books published.”

Response in current day: “Oooh (sarcastically), do you have a YouTube channel, too?”

These days, if I am in a social situation with, let’s say, the lady who cuts my hair, a neighbor, a friend from church—it doesn’t matter—and if they ask one specific phrase: “So, what’s new with you?” I have, at certain times over the past few years, been able to respond, “Well, I have a book coming out next month.”

Now, here is the question: What is the most common response I receive to that statement?

No. The answer is, they are . . . nothing. Absolutely nothing.

I don’t mean they are uninterested or aloof or cruel, I mean they are . . . nothing. They have no response either way. When I make the statement that I have a book being published that will be released next month, the response doesn’t exist. It is one-hundred-percent neutral. A pH of 7. Zip.

They have no response because the term publishing has no meaning for them.

What’s interesting is that I cannot think of anything, and I mean anything at all, that would generate a completely neutral response in a conversation. Don’t believe me? Try it.

Question: So, what’s new with you?

Answer: I bought a new gas grill. I broke my finger. I just got over the cold. I changed jobs. I painted my basement. I forgot my lunch today. I cleaned my garage. I made a cashier laugh.

So, what causes this response from people? Well, I have a few theories.

Evidence: Nope. We don’t care about a lot of things, especially that we forgot our lunch or that we painted the garage or the new league rule on teeter-totters. Still, all of these topics will initiate a polite sentence or two as a response in conversation. We can easily not care about something and not be neutral. We do it all the time.

Theory #2: People don’t know what it means to have a book being published and they don’t want to be rude.

Evidence: Possible. But we’ll need to dig a little deeper.

See, each year, 60,000 new books are traditionally published. On top of that, 500,000—yeah, that’s half a million—additional books are self-published, and Amazon has become the universe’s biggest bookstore. So, why is this bad? Well, what is Amazon’s minimum word length for self-published books? 2,500 words. That’s approximately six single-spaced pages. So, write six pages and voilà! You’re an author. Push the button and you’re published.

See, if you ask someone what’s new and they respond that they just ran a marathon, that’s very clear. Whether they came in first place or last, you know what they did: They ran 26.2 miles. But the word published is now distorted. It could have taken the “author” 10 years to write the book being published, or just their lunch break; you just don’t know. And as technology expands, the rules of achievement in writing are becoming, at best, blurred, and at worst, available for sale.

The bar isn’t being lowered; it’s being taken down.

So, what’s the point of all of this? Well, here it is.

True publishing is, and always will be, something that requires hard work, determination, patience, getting rejected, learning, and writing a little better today than you did yesterday. These are the basic path of all real writers.

If you try to cheat, if you try to press “upload to Amazon” and bypass these steps, then you’ll never experience what your writing could have been.

Thanks, Everett! Couldn’t agree more. And now back to the rest of the newsletter. 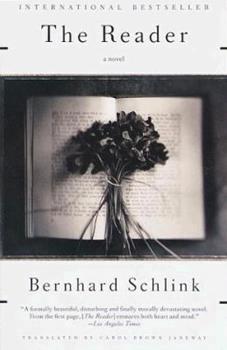 This month in Book Club, we read The Age of Innocence by Edith Wharton. In case you missed it, you can check out the video from our meeting here: https://youtu.be/XQIADTrpEgg.

Next time, we’ll be reading The Reader Bernhard Schlink, and our meeting will be on June 10, 2021. Hope to see you there!

Don’t forget to join us next week, on Thursday, May 20, for our monthly Blydyn Square Happy Hour. Join us to we chat about our current and future titles, and whatever else comes to mind—as long as it has to do with books! Get the inside scoop on what it’s like to work for (and be published by) a small press. You bring the drinks and we’ll bring the book talk. Here’s the Zoom link: https://zoom.us/j/93256216633

Congratulations to last month’s winner, Paul Rousseau, who won an Amazon gift card, The question was: This one has nothing to do with books, but since we’ve been talking about spring: When was Botticelli’s Primavera painted?

Let’s see how closely you guys pay attention. Who will be directing the film version of Everett De Morier’s novel Thirty-three Cecils?