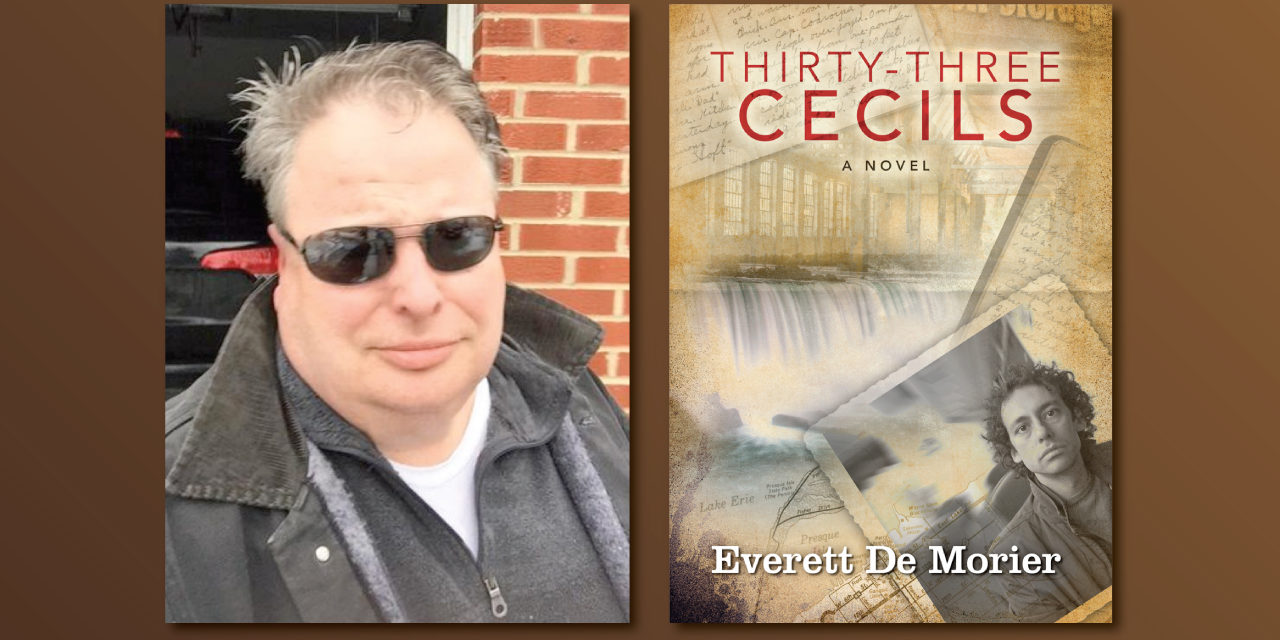 Born in Binghamton and raised in the area, Everett De Morier’s family owned several businesses, including The Gem Diner, Bennett Electronics and The Mermaid Aquarium.

He married here, both his kids were born here and the majority of his life has been lived here. And although his company relocated him out of state in 2007, author De Morier set his first novel, “Thirty-three Cecils,” in his hometown.

“When I first started writing this book, it just made sense,” he said. “Place the character where you know.”

“The Binghamton area was easy to write about,” De Morier said. “I know those streets and places very well, so I just let the character go where I was comfortable. My old apartment on Mather Street, The Belmar Pub across the street, Lanes Deli, all the places I knew as a young man.”

De Morier is also the author of two nonfiction books, has written six theatrical productions and is the editor-in-chief of the web magazine 543skills.

But this book is his first novel. He’ll attend a reading and signing event at 6:30 p.m. Friday at RiverRead Books (5 Court St. in Binghamton).

“The book focuses on two characters,” De Morier said. “They both are from different parts of the country and are living different lives. And when their paths cross, they realize that the world isn’t as complicated as they thought. So they shift a few things around.”

The book can be found at Blydynsquarebooks.com and Amazon.com, as well as RiverRead.

De Morier now lives in Dover, Del., with his wife and two children.