Tara Tomczyk, cofounder of Blydyn Square Books, was always a reader. On vacation, she was the nerd who chose a book from the gift shop instead of the stuffed animal or even (as she got older) the commemorative shot glass.

From a young age, she dreamed of being a writer, and would often go to the library and find the place in the stacks where her novel would someday sit. But then, life stepped in — she became an editor, not a writer. And she doesn’t resent it. Sometimes, it’s more fun to criticize than to DO.

She began her career working at small publishers of young adult nonfiction, including Enslow Publishers and Chelsea House.

In 2005, after working her way up to the rank of executive editor in charge of science titles, she decided to take a chance and try freelancing because she realized she had another lifelong dream: to work from home while wearing sweatpants.

Freelancing gave her the freedom and flexibility she was looking for, but she quickly learned she’d still end up working on the same old boring projects that somebody else had chosen.

Then, one day, she had a brainstorm: What if SHE could be the one who got to choose which books she edited?

In that moment, Blydyn Square Books was conceived. Unfortunately, a whole 10 years elapsed between conception and birth!

Back in the spring of 2005, Tara had the idea for her own publishing company, but it was still only a dream. Finding others to share that dream took a while.

There were a few authors who came and went, lacking the patience to wait for the company to get started from scratch and for Blydyn Square’s first books to be published.

It wasn’t until March 2015, after Tara partnered up with cofounder and Blydyn Square Books marketing director Eliot Wise, that our first three books —Eye of Horace, Quiet Hearts, and Thirty-three Cecils (currently in the works to become a motion picture!) — were ready to launch.

And now those books have been joined by others, including A Cinderella Story and The Birds of Brookside Manor.

Where does Blydyn Square Books go from here? We can’t wait to find out. 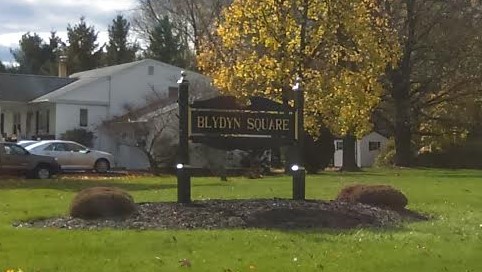 People ask all the time: Why the name Blydyn Square Books? Blydyn Square was the name of the neighborhood in Chalfont, Pennsylvania, where editor in chief Tara Tomczyk was living at the time she got the idea to found the company.