Excerpts from the First Issue of Blydyn Square Review 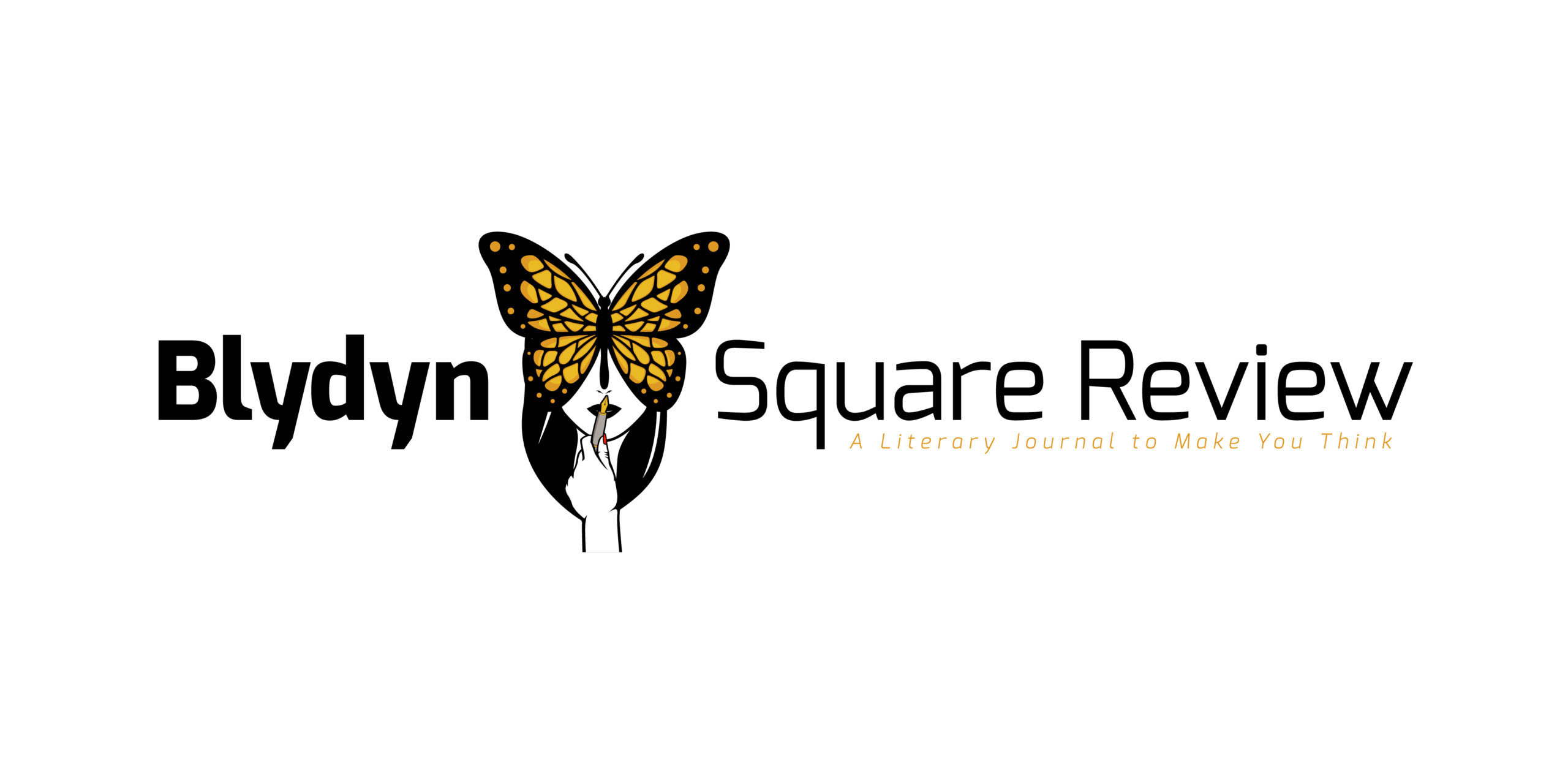 If you’re on the fence about whether to subscribe to Blydyn Square Review, we thought we’d share a few excerpts from pieces in the first issue, just to give you a taste. We think you’ll be thrilled to spend $25 for your lifetime subscription when you see how amazing our writers are.

From “Do You See What I See?” by Angela McQuay

“You’re imagining it,” Jeff had said when I first told him I thought I was being followed. I had just come back from the open-air market a half-hour walk away and had felt something wrong. I’d looked back and I’d seen a man, mixed in with the rest of the crowd, yet somehow standing out. He wasn’t looking at me, had done nothing suspicious. But he didn’t feel right to me.

The second time I saw him, Jeff seemed a little more willing to accept it was not all in my head. Or he could have been trying to pacify me. He did that a lot these days.

That’s all it’s been: two times in the past month and a half. Coincidence, right? Maybe not even the same guy. But it was, I think. It was him, and you should be afraid.

From “My Mother’s Choice” by Lisa Graff

I want to ask her why she took her own life. But I know the answer. My mother never learned how to live without my father or her “two best friends: alcohol and cigarettes,” as she called them in her suicide note.

After a brief exchange, the old man positions his cane and attempts to stand. The police push him down and batter his body with the butts of their rifles and the heels of their boots. The old man crumples to the ground, bleeding. My head jerks, my palms dampen. I drop a bottle of Coca-Cola; the glass shatters. The sound resembles a gunshot.

From “Bully” by Edward Lee

Speaking as the boy

in the indifferent playground

and the darkened school hallways,

the boy you don’t quite remember,

From “Save the Bones” by Andrea Dejean

As he started walking toward the hedge, he realized that he had been planning the evening in the back of his mind since lunch without ever acknowledging it to himself. He knew exactly where he was going to put the leftovers and where he would place the folding chair so that he had an unobstructed view of the pile of bones but whatever “critter” was coming to take them wouldn’t have a clear view of him. This was because the back hedge didn’t run along a straight line, he’d noticed, but at a slant, and the former owners had taken advantage of a slight chink in it to stack firewood that pressed the hedge back even further. He’d stuck his head through that break in the vegetation when he first moved in, which is how he knew that there was a field behind their yard and a dirt road off to the right. He’d set the bones as far to the left on the wood pile as possible and then position himself next to the hedge just to the right and hope that the animals would come through the break in the hedge without seeing or sensing him. Well, that was his plan for tonight, in any case.

From “Hatch” by Ellen Steinbaum

dig for hatchlings on the edge of salt marsh,

feel out small blobs of sand,

wash them off, reveal the baby turtles—

some with egg shards still attached,

plopped in a box, exploring.

From “The Magic of Crows” by Eileen Vorbach Collins

Some see crows as harbingers of bad news. Others say they’re good luck, or a sign of magic. I could use some magic. There are many stories of crows befriending people. Bringing gifts. I wonder if the carcasses are tokens of good will, the crow way of saying thank you for the fresh water on these scorching Florida days. Or “We know you’re feeling sad and lonely, so we’ve brought these gifts to cheer you.” Or “Akk, we’ll be your friends.”

Or are the corpses recrimination for something I’ve done? What do the crows know? And what are they saying about me?

From “Just Like Saint Peter” by Peter J. Stavros

“You’re no Saint Peter,” I reply with a wry kind of laugh to lighten the mood, and the mood should be lightened, as I take a bite of pizza and burn the roof of my mouth on the hot melted cheese.

“That story of Saint Peter,” Sadie explains, ignoring my fleeting attempt at levity, “when he tried to walk across the Sea of Galilee toward Christ, then he lost his focus and noticed the waves and the storm, and he started to doubt. He began to sink. That’s how I feel. The world is cruel and it’s out to get me again—it’s out to get everyone—and I feel like I’m sinking.” Then softer, slower, mostly to herself: “I could stand to be saved.”

From “Call Me Socrates” by K. Z. Rochelle

If it is abnormal to be as I seem in our society, then the norm is the facade: I am not what I seem. Whether that is a presentation of self with more positivity or negativity is irrelevant as whatever it is, it’s disingenuous. Don’t get me wrong. I am not saying we should not strive to better ourselves or improve the way we behave, but if it’s a front, if it’s not true to who we are striving to be, then we are deceivers and manipulators.

From “Crows” by Carrie Birde

I notice that your email, in which you passed on GONDELMAN, was dated the same day, THE SAME DAY that you received my query letter. The first two chapters of the book come to 33 pages, and, by your own grandiose account, you receive oodles of inquiries. This suggests to me one of two things. Either you’re an extraordinarily fast reader or (more likely) you didn’t read them at all. As busy as you are, I find it unacceptable that you gave the book such scant attention.

It may interest you, although I doubt it, that the feedback I’ve had to date regarding GONDELMAN has been overwhelmingly positive. Both of the Writers Groups to which I belong have praised it as a unique and captivating oeuvre, a must-read literary treat.

From Shelter in Place by Nicolette Fermi

Frazzled and blond-going-gray, the woman was maybe five or ten years older than Claudia, and she was wearing a surgical mask as she ran—not hurried, but ran—out of the CVS to her car. Haste is never your friend when you’re carrying flimsy plastic bags full of merchandise, so Claudia was not at all surprised when one of the woman’s bags burst open and spewed its contents on the damp pavement of the parking lot. More surgical masks—at least five packages of them. . . . Claudia had to assume the woman also had thirty or cases of Charmin sitting in her basement back home. This was exactly the type of idiot who was ruining things for everyone.

Still, there was something scary about it. This wasn’t China, where kooky folks wore masks on the subway every single day. This was America, where we put do the right thing and take care to put appearances before function. Better to look normal and risk getting sick—that was the proper American attitude to this sort of outbreak. To see a fellow American panicking like a weirdo Chinese commuter was, well, kind of terrifying.

Excerpts from the Fall Issue of Blydyn Square Review
October 4, 2021