Close Encounters of the Wildlife Kind 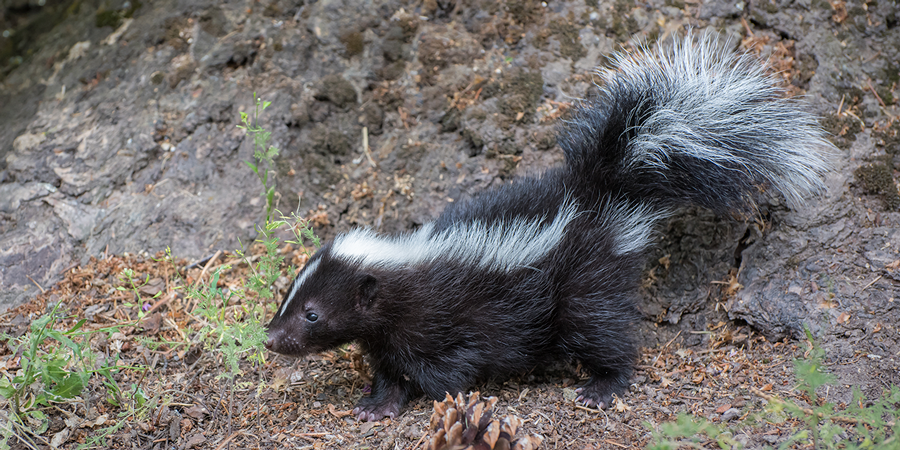 You never expect this kind of thing. Running, after all, is supposed to be GOOD for you. So, it never (or almost never) occurs to you that it could be dangerous.

Okay, sure, there was that one time I fell like a clumsy oaf while running in the local park (I’ve still got the scar under my left eye as a daily reminder). But for the most part, I feel like I’m being silly, way overcautious, when I strap my pocketknife to my hip as I head out the door for my run in the morning.

I USED to feel silly, that is. Until the other day.

I still don’t know what it was, exactly.

I keep telling people it was a skunk, but I’ve never seen a skunk bigger than a coyote, nor have I ever heard one scream. And there’s no other word but SCREAM for what this thing did, as it stood astride the road, blocking my path, maybe 50 or 100 feet ahead of me.

I almost screamed right back at it.

This animal—whatever it was—was pissed off, and it was NOT backing down. It had laid claim to that particular stretch of Orange Avenue, right where the road meets Frazier Place (yeah, I checked the GPS to determine EXACTLY where the incident happened—I’m a geek, what do you expect?). And this creature was basically telling me (with its awful screaming):

Now, here’s the thing: A lot of the local skunks have gotten used to me lately. I’m out there running well before dawn several days a week, and we seem to have developed a mutual understanding. That is, I get the hell out of their way and, in return for my cowardice, they choose not to spray me.

Hey, it works for us.

But this creature was NOT used to me. And it was not, at all, afraid of me.

The feeling was not mutual.

I turned on my heel and ran.

No, let me be more precise: I FLED.

I hightailed it down some dark and unfamiliar side street and wound my way in the general direction of my house, hoping the streets would connect so I could find my way home—and hoping even more that the animal (again, WHATEVER it was) hadn’t decided to follow me or skirt around to the next block to cut off my path and scare the wits out of me again.

So, was it a skunk? Was it a badger (which, my nerdy online research tells me is possible, if unlikely, where I live)? Or was it, perhaps, the infamous New Jersey Devil?

I have no idea. All I know is that it may be a while—a LONG while—before I hit the roads for my run again.