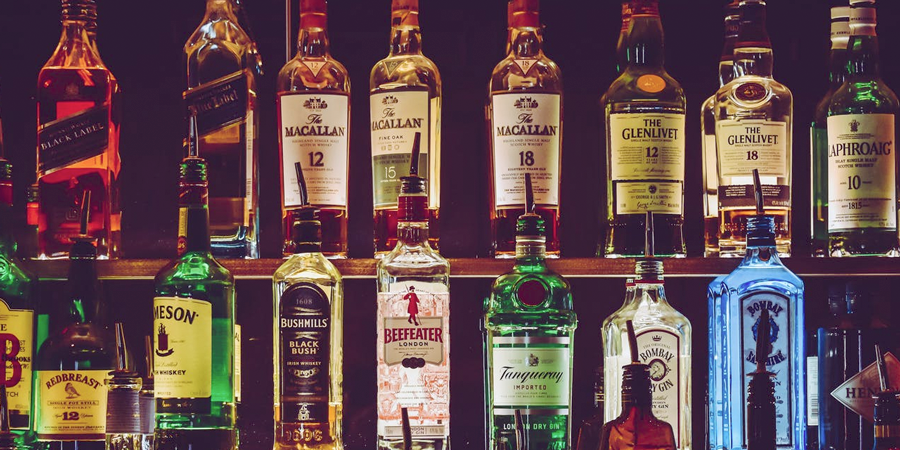 Please note: I wrote this (and did the “experiment”) a few months ago. I am NOT in imminent danger of alcohol poisoning, nor do I need to be enrolled in a substance abuse program. Got that? Okay, then, read on. 😊

Today, I’m going to be Hemingway, using alcohol in an attempt to unleash the creative muse. And also writing mostly in short sentences. Probably because you can only manage short sentences when you’re drunk.

Let’s see how it goes.

You (that is, I, but let’s experience this together, shall we?) pour a glass of wine.

It’s cheap stuff, out of the box. You don’t need anything fancier when the point is to alter your consciousness, not complement the taste of fine food.

Your nose gets in on it first—and it’s not good. Wine always smells like vinegar at first, to me, at least. Or sometimes like feet. Vinegar is better.

It TASTES better than it smells (thank God!). A little, anyway.

Better than the taste is the warmth—the flood of well-being and hope, the sense that anything is possible—that happens the moment the first sip of wine travels down your esophagus.

That’s when the switch flips and it’s all you can do NOT to take another sip. So, you take one.

But the magic is gone. Now you’re just wondering what happened. How can you get back that momentary feeling of power and possibility?

So, you keep drinking, even though the sensation is gone.

The wine goes down easily, too easily. After that first sip, the rest of the glass is like water, but the thirst you feel never quite gets quenched.

It’s at this stage where you realize how easy it must be for some people to become alcoholics. You thank the heavens at this point that you’re NOT actually Hemingway (because if you were, you’d be searching for a gun pretty soon).

The sleepiness sets in next, not even halfway through the first glass of wine. Your eyes feel tight around the edges, and if you wear contacts, like I do, they MUST COME OUT SOON!

Things start to get hazy and everything seems like a little too much of a hassle.

Cook dinner? No, thanks. I’m not all that hungry.

Go inside to use the bathroom? Uh-uh. This bush over here looks good enough.

Go out? Nah. I’m fine zoned out right here in front of the TV tonight.

Everything feels stiff, almost plasticized, like the world has been dipped in a thin coat of shellac.

This is also the stage where you’ll want to pee. Avoid it. Break the seal too soon and you’ll never stop running to the toilet (or back to that bush).

On to glasses two and three:

You spill a little as you pour—just on your hand, but it’s a sign of things to come. Your reflexes are already off. You’re not yourself. Do NOT attempt a cartwheel now. Trust me.

This is the danger zone. You can stop drinking now and be just fine or you can settle in and commit to the ride.

You can’t write by hand anymore—or drive, or work any sort of machinery. You might still THINK you’re okay, but you’re not.

For those of us who just drink too much once in a while (or as part of a writing experiment), this is the point where we know we should stop, but we think the whole night be end up being “special” if we keep going. So we—that is, you—do.

Writers (like Hemingway, I imagine) reach Stage Four and think we’ll suddenly make a breakthrough and figure out how to pen the Great American Novel.

Artists? Swear this will be the night they produce their finest masterpiece.

I imagine musicians think this is the evening they’ll write the song that changes the whole world.

But instead, whoever you are, you end up watching TV, playing games on a tablet or phone, or flipping aimlessly through magazines.

The truth is, you can’t create when you’re this fuzzy, no matter what they tell you about Hemingway. There’s a reason his books are all about the same repetitive “man” stuff. You can’t come up with new ideas when you’ve reached Stage Four (or beyond).

So, you keep drinking, pass the time, and either drink some water to try to ward off the hangover or head directly for Stage Five.

One more drink! One more!

You say this every 15 minutes or so, honestly believing that each drink will be the last, but you feel that compulsion, that magic (or so it seems, in Stage Five), and you keep going.

If you’re normally on the reserved side, you become the life of the party. If you’re normal, you may become a bit of a slut. If you’re already a slut, you’re likely to end up in some serial killer’s van.

Avoid Stage Five, because of all of this and also because it’s inevitably followed by Stage Six.

When you look at it this way, you can’t help but wonder what the point is in drinking at all. Basically, it’s 2 minutes of magic followed by several hours of avoiding reality (and not in that GOOD way we writers have—by writing an alternative reality), followed by hours (or even a full day) of complete and utter physical misery.

Sorry, Ernest. I don’t think liquor is the best writing tool on the market. From now on, I think I’ll stick to green tea.