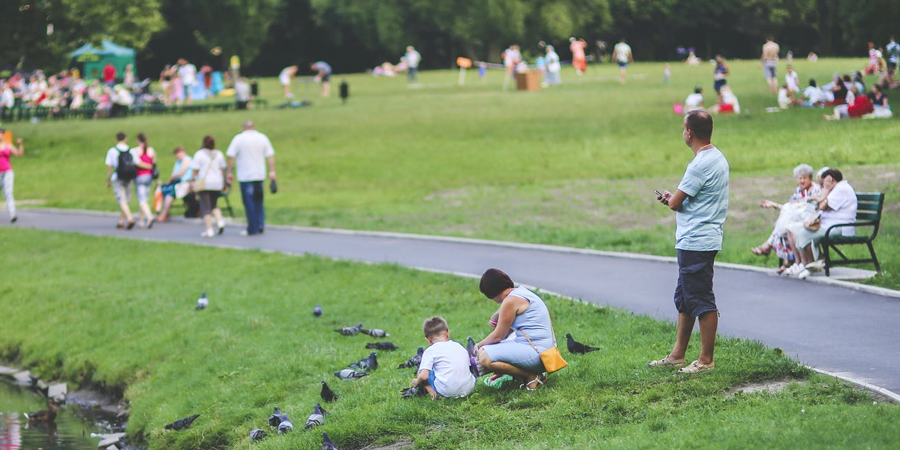 I don’t know if it’s the warmer weather or if somebody has put crazy juice in the water lately, but I’ve noticed some strange behavior—more than usual, and that’s really saying something!

While walking my dog Rosco past the local elementary school (which was off for spring break), I noticed an older lady approaching a picnic bench full of kids beside the busy playground where everyone was enjoying the spring weather (and the freedom from school).

Naturally, I assumed the woman was somebody’s grandma, dropping by to chat on her way home from her afternoon walk, but from the bewildered looks on the children’s faces as she came over, that was definitely NOT the case.

Nope. She was just a nutty old broad who decided it would be fun to sit at a table full of 8-year-olds and stare at them with a creepy and much too intense grin on her face.

I considered calling the nearby dementia treatment facility to report an apparent escapee, but frankly, I have enough on my plate without trying to rescue EVERYBODY.

And besides, there was another crazy person demanding my attention on the very next block.

This one was a man, late 30s maybe, riding a bike, wearing a heavy-duty winter puffer coat with—get this—the shortest short-shorts I’ve seen since those Nair commercials that used to air back in the 1970s. (You know the ones: “Who wears short-shorts?” and so on.)

The outfit itself was weird enough, but the expression on the guy’s face was what really got me—because it perfectly matched that on the face of the old lady sitting on the school bench with horrified children all around her.

I’ve got to know: Has the government been handing out loony pills or something, and I just missed my share?

Jump to this morning. While walking Rosco (against his will) in the rain, I spotted my neighbor and HIS dog.

Now, this guy seems to be retired, because I see him walking his dog, Buddy, at all hours of the day (and night), all over town, in all kinds of weather.

You might say that’s a nice thing, that I shouldn’t make fun of someone for taking good care of his pet while also engaging in plenty of cardiovascular exercise. And normally, I’d agree with you. But you haven’t seen poor Buddy.

This yellow lab HATES his walks. Every time his owner drags him out of their house, whether it’s at 4:00 A.M. or 2:30 P.M., you can tell by the look on Buddy’s face that a little piece of his soul is dying.

It’s not the walking itself, I think, that Buddy hates. It’s the fact that his owner refuses to let him stop—to pee, to poop, to interact with other dogs or people—for any reason at all.

Every time the dejected-looking creature glances over at me and Rosco, his eyes full of hope that maybe THIS time, he’ll finally get to meet someone new, his owner drags him along, and Buddy’s tail droops back down between his legs (where, apparently, his master thinks it belongs).

I mean, why have a dog if you don’t want to let it do dog things? Clearly, what my neighbor actually wants is a walking partner—someone who will keep to his pace and never get distracted. He seems constantly frustrated that Buddy is failing at the task. And Buddy seems to feel the same way about his owner.

It’s not cruel. It’s just . . . well, crazy. But then again, it wouldn’t be MY neighborhood if people were anything less than flat-out nuts.

And those are my observations for today.