On Blue Herons and Mothers: In Memoriam 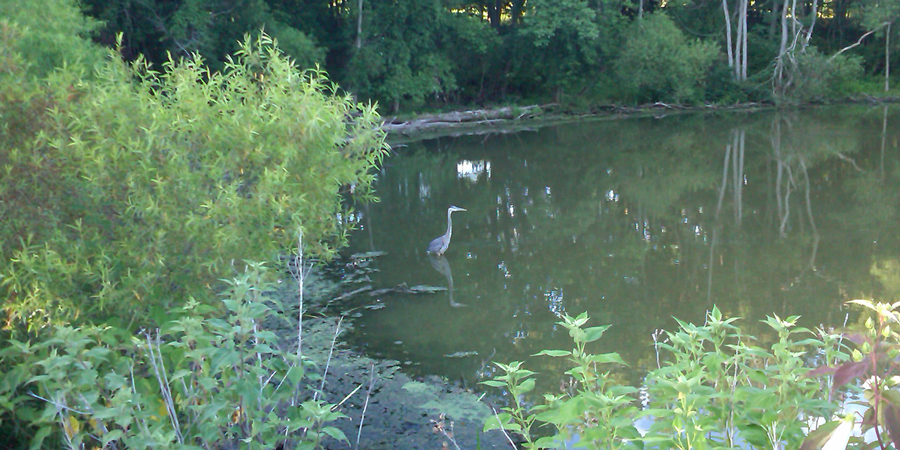 Every year on this date, through some bizarre miracle (or coincidence, depending on your attitude toward the unexplained), I seem to spot a great blue heron—that is, every year since 2011, when my mom’s best friend, our longtime next-door neighbor, the woman I grew up thinking of as my “second mother,” died.

Joanie was a part of my life for as long as I could remember. She’d been there for all the big (and many of the little) moments of my life: from first eyeglasses to first dates, from my engagement to my wedding to my divorce.

She was a drinking buddy when I turned twenty-one, and she helped me get my first “real” job after college.

She was even the one who, to my extreme embarrassment, took me to the emergency room with a severe urinary tract infection that the doctor blamed on . . . ahem . . . activities with my long-term boyfriend and (yes, I’m quoting) “all that pounding.”

The fact that I didn’t die of shame right on the spot should demonstrate just how close a relationship Joanie and I shared.

Joanie was a second mother, but the kind of mother I didn’t have to worry (too much) about disappointing. She had her own kid to be disappointed in. In other words, she had the influence of a maternal figure combined with the easygoing nature of a friend—the best of both worlds.

When she died after a long battle with cancer, I was living temporarily in Texas, and I couldn’t afford to fly home for the funeral. I bawled my eyes out down there in Dallas while everybody else up here in New Jersey got the chance to say good-bye.

I felt guilty about it for a year—until, on the anniversary of her death, I saw a great blue heron, a bird that, for some reason I can’t really explain, I had always associated with Joanie.

I knew, somehow, that she wasn’t mad I hadn’t made it to the funeral, and I finally managed to stop beating myself up. In retrospect, I shouldn’t have needed the silly bird (which has reappeared each year since) to tell me Joanie wasn’t angry—she had certainly forgiven me for worse things than being poor over the years. She was always cool like that.

And I really, really miss her.

I’m just grateful I still have my “first mother” around, now that my second mother is gone. Mom may lack some of Joanie’s laidback, casual attitude (at least when it comes to me and my screwups!), but she’s pretty frigging cool, too.