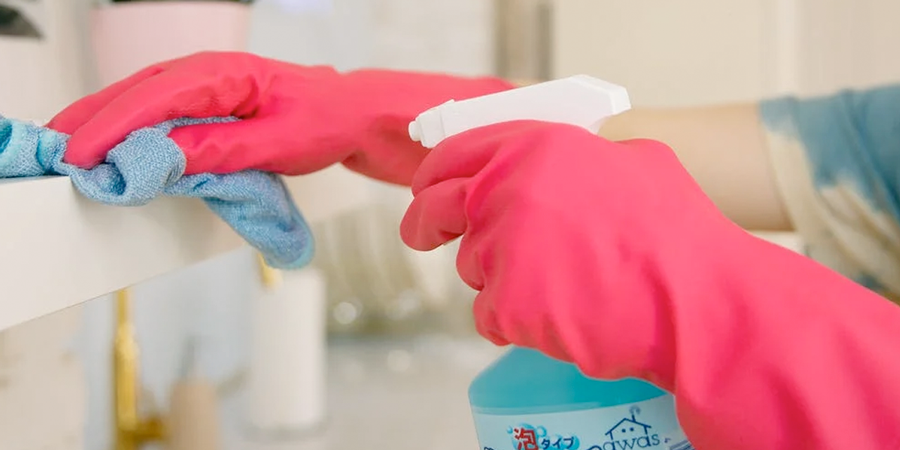 Last week, I was talking about the woman who cleans our house and what an incredible luxury it is to have her. And it is—not only is our cleaning lady kind and generous, but she’s also the most thorough cleaner I’ve ever met.

We used to have an antique hutch in our kitchen that weighed, oh, about 500 pounds. One day, she moved it, easily, on her own, to clean the floor behind it. Just for comparison, it took my father, another grown man, and me to get it set up—I’m not sure how our cleaning lady did anything more than budge the thing slightly. It’s no joke: The woman has super-human strength.

The thing is, she doesn’t quite seem to KNOW her own strength, which (at times) makes her just a smidge rough on things.

In the 9 months or so since she started cleaning for us every 2 weeks, she has done all of the following:

Besides breaking the occasional item, she does a few other strange things. For example, this week, she inexplicably threw away the soap from my shower, even though it was barely halfway used. I guess maybe she thinks I need to try a new brand.

Or there’s the way she flips my throw pillows (which have butterflies embroidered on them) upside-down, so the butterflies appear to be standing on their heads.

She also seems to hate our dish-drying mat for some reason. Every 2 weeks, it ends up in the basket where we keep our empty bottles and cans before they head outside for recycling. I guess that’s her way of giving us a hint.

You might ask: Why do we keep letting her clean the house if she does all these things? It’s a fair question. And the simple answer is: Because she’s THAT good. I mean, who else would move a quarter-ton hutch just to sweep?

Oh, there’s one other, rather vital thing that I forgot to mention: Our cleaning lady is approximately 4 feet, 10 inches tall and weighs (at most) about 85 pounds.

She is a teeny-tiny bundle of sweetness, who is somehow also a whirling dervish of destruction.

As much as I love her, I have to admit: Whenever she comes through the front door, I hear the distant cries of Japanese villagers screaming in terror: “Gojira! Gojira!” (That’s “Godzilla” for all you heathens who’ve never seen a cheesy old-time horror movie.)

It’s a tradeoff, but at least for now, I think having a clean house is worth feeling like a giant reptile has come crashing through our home.