The Fitbit Hit (Or, Why Social Media Sites Are Destroying Society) 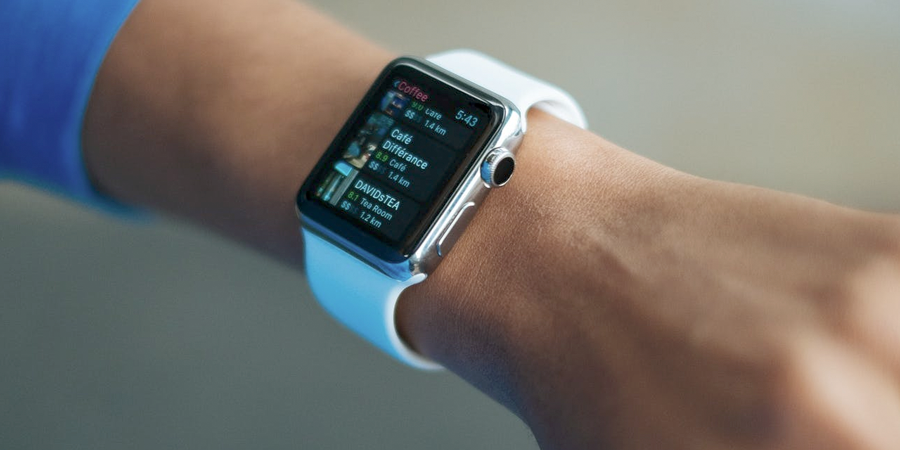 Okay, I have a question: When did Fitbit’s online social network turn into Match.com?

I’ve been a member of the social media section on Fitbit’s app for a little over a year now, and what I’ve noticed is that every week, at least 20 men send me a friend request, and if I click “Accept,” within an hour, I receive a vaguely (if not outright) inappropriate message.

Scott L. writes: “Hello gorgeous good morning” (the quotation marks are mine; you’ll quickly notice that none of these men seems to be aware that punctuation exists).

Eric says: “Good afternoon my lady” (trust me, Eric; I am not now, nor will I ever be, YOUR lady).

Lester says: “Good morning pretty” (apparently, Eric and Lester live in different time zones, from each other and possibly from me, begging the question: Why are they hitting on someone they will never meet?).

And finally, MacDonald (who, judging from his photo, is, in fact, the “Old MacDonald” of kindergarten-song fame) writes: “Hello pretty how are you doing? I like your picture and you [sic] smiles too”.

That last one makes me throw up in my mouth a little.

All right, so that’s just a sampling: all of them messages I received within an hour of accepting a friend request, and all obviously intended to be at least somewhat romantic/sexual.

On the Fitbit site.

I can’t help asking: Why are these men hitting on me? Isn’t Fitbit supposed to be a FITNESS TRACKING site, not a place to interact with swinging singles?

Now, before you think I’m just trying to brag about how appealing I am to all these men, let me clarify something. This? Has NOTHING to do with me.

How do I know?

Because my profile picture would appeal to NO man—or woman—in his or her right mind. Hell, even the crazies would run screaming if they were actually LOOKING at me.

In my photo, I’m wearing no makeup, I have my glasses on (which are NOT cute and would make even a supermodel look undesirable), and I have apparently neglected to brush my hair. The photo was a quick and grainy selfie I took right on my laptop, just to fill in my Fitbit profile, never thinking anybody would actually look at it, much less be checking me out to assess my long-term romantic potential.

Had I realized what I was in for, I would’ve tried to look even worse (if that’s even possible).

My point is that these men aren’t hitting on me because they truly believe (despite the content of their messages) that I’m “gorgeous.” They’re approaching me because I’m female and, well, alive. As far as I can tell, they’re more or less carpet-bombing Fitbit (and probably every other social media site), tossing out pickup lines and hoping to get just ONE successful hit.

That? Is what guys do.

But why are they doing it on Fitbit instead of trolling new arrivals on Tinder or PlentyOfFish?

A (male) friend of mine gave me a pretty good answer to that question. He said, “Because it’s FITBIT.”

In other words, unlike an actual singles site, where PhotoShop rules and misrepresentation is rampant, these guys can be at least moderately sure that the women they’re flirting with on Fitbit actually get off the couch and exercise once in a while.

It’s a reasonable explanation, but I don’t find it—or the men’s behavior—any less repulsive just because I can see the logic behind it.

Look, I have no problem with men looking for compatible women. But my argument is, they should be doing it where it makes sense.

Don’t send creepy, poorly spelled and punctuated text messages to women on Fitbit who are simply trying to check how many calories the walk they just took burned off. Save your 1970s-style cheeseball come-ons for the dating sites, where they belong.

Here’s the thing: I (and, I imagine, most sane people) would never consider dating (or doing anything else with) any man who addressed me—a complete stranger—with “Hello pretty.” (It’s gross in both sentiment AND in its lack of punctuation.)

Nor would I consider a relationship with any man who thinks the Fitbit app is an appropriate place to meet women for romantic purposes (as opposed to a place to offer genuine, friendly support to fellow fitness enthusiasts, which is what the site is SUPPOSED to be).

Maybe all these social media sites we use every day have blurred the lines, made interacting with people we don’t really know in a too-personal way seem “not so bad.”

But I’m here to tell you that there ARE—and need to be—some boundaries. And trying out your pickup lines on women who are innocently pursuing their fitness goals? That’s crossing a boundary.

So, gentlemen, I implore you: BE gentlemen.

Just because we live most of our lives online doesn’t mean that all etiquette should go out the window. Use the manners you learned back in grade school (or, if you missed that lesson, read some Emily Post).

Be polite, treat other people with respect (not sleaze), and, for the love of God, use commas.