My Twisted Runaway Train of a Mind 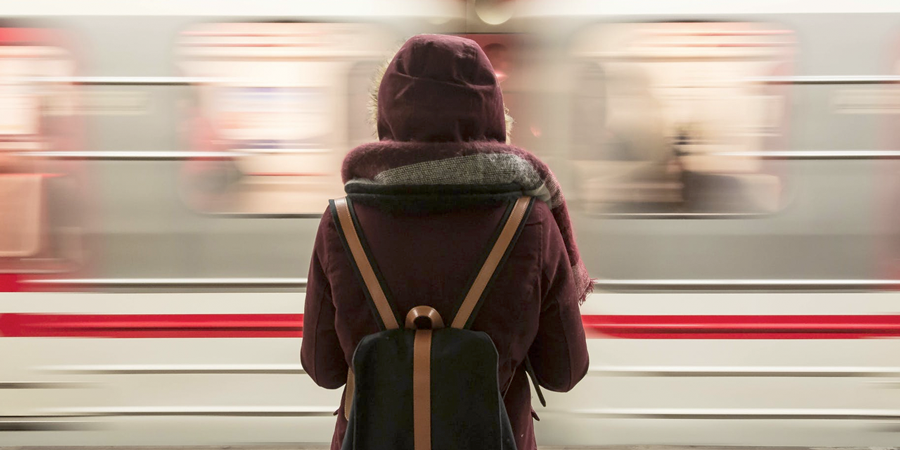 I learned long ago that my brain never entirely shuts down, no matter how tired I am. It’s the reason I sleep so poorly and why I am always wide awake by 3:00 a.m., regardless of what time I might have gone to bed the night before.

Recently, though, I realized something else about my overactive monkey mind: The only “train of thought” I’m capable of having is a full-on runaway train.

I was trying to fall asleep one night a few weeks back, doing my best to ignore all the random thoughts running through my brain (like always). When I turned over and looked at the clock, after what felt like hours of tossing and turning, I noticed that I had been in bed for only 3 minutes.

Obviously, my mind had been working pretty hard if 3 minutes felt like 3 hours. So, what had I been thinking about?

Well, at that exact moment, I was thinking about the time my boyfriend and I took my two fat pugs to a park, where we all sat on a stone bridge and watched a great blue heron fish in the lake. Well, that is, we HOPED it was going to fish; all it actually DID was stand there, so (needless to say) the video I captured (a full hour’s worth) wasn’t particularly exciting.

How, I wondered, as I was lying there in bed, did I get to thinking about that great blue heron, something that happened several years ago and wasn’t exactly a thrilling memory, something that should never have been keeping me up at night?

To try to figure it out, I started tracing the path back along the “tracks” of my train of thought.

Before the park and the heron, I had been thinking about herons in general, because, for several years after a close friend of the family died, I always saw a great blue heron on the anniversary of her death.

Before that, I had (obviously) been thinking about that family friend, Joanie, and how much fun we all used to have back when I was in my early twenties and we all used to go out to have drinks or listen to live music.

Before that, I had been thinking about another friend I used to have, who (like Joanie) was a couple of decades older than I am. Her name was Arlene, and one night, she chickened out on me after we had signed up to sing the Killers’ “Mr. Brightside” at karaoke night at a local bar.

Before that, I was thinking about (well, okay, singing, right there in my bed, though under my breath) “Mr. Brightside.”

Before that, I was thinking about the scene in the movie The Holiday where Cameron Diaz is singing “Mr. Brightside.”

Before that, I was thinking about how The Holiday isn’t REALLY a Christmas movie, per se, and how annoying it was that TV stations kept playing it that week (it was just a few days before Christmas) as if it were Rudolph or something that was actually full-on Christmas-y.

Before that, I was moping because I hadn’t caught the holiday spirit yet.

All that, in lots of rich detail, in—that’s right—under 3 minutes.

Exhausting, isn’t it? You’d think maybe I’d be able to get a little sleep.