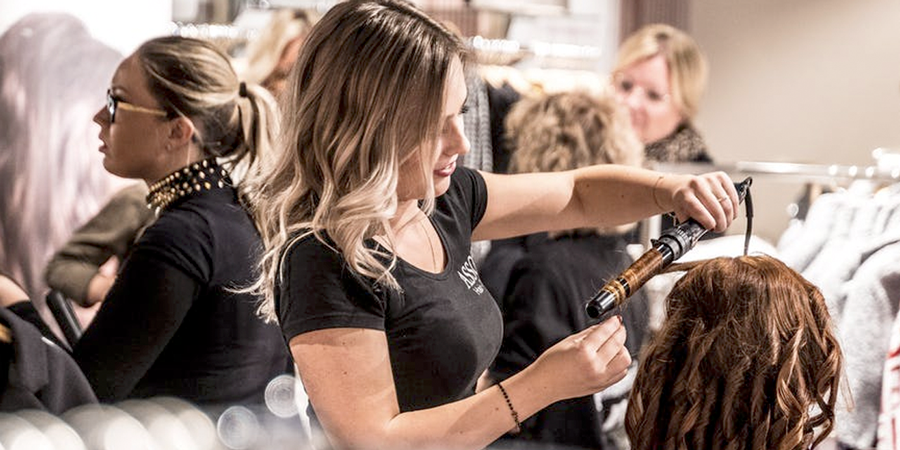 For lots of women, the salon is a luxurious place—a safe haven away from the demands of the real world, where they can shuck off the need to be “Mom” or “wife” or “worker” and just pamper themselves with a blowout or a manicure and feel like a woman.

To me? The salon is hell.

Call me a workaholic if you must, but to me, there’s nothing pleasant at all about sitting in a painfully uncomfortable chair for hours on end while someone paints stinky chemicals on your head and slaps your hair into foils with a smidge more roughness than is strictly necessary.

Once, my boyfriend gave me a complete spa day as a “treat,” as he called it. It took all my willpower not to cry.

For almost 9 hours, I was forced to sit in one hard, backless chair after another. I was poked and prodded. I was tweezed, sanded, and wrapped. And finally, I was highlighted, cut, and curled, only to emerge looking like a reject from some junior beauty pageant, while wearing sweatpants and disposable green foam flip-flops.

That? Is not relaxing. It’s torture.

Ever since that awful day (which, I DO realize my boyfriend intended to be pleasant—and I AM grateful for the thought, if not the execution), I’ve done my best to avoid salons whenever possible.

Poverty helped. You realize quickly that highlights aren’t all that crucial when you’re having trouble keeping food on the table and electricity running through the house.

To make things easier, I switched my usual blond hair to an auburn red I could do myself with the $6.99 box from Walmart. And that was fine—until my “natural” color began, this year, to be less “dirty blond” and more “Golden Girls gray.”

Let me tell you: It’s a LOT harder to hide grays in red hair than in blond!

Something had to give.

So, I saved up my pennies and got an appointment at a recommended salon, where, recently, I sat for—count ’em—over 4 hours as the stylist stripped the brassy red color out of my hair and painstakingly painted my remaining tresses until they resembled a dark blond that one might actually find in nature.

It’s not the process I’m complaining about. It’s boring and slow, yes, but I understand that some things (like a great risotto) take time. The worst part about the experience, for me, was the sense of being in some kind of time warp.

For starters, all the women there—my fellow customers—were there as long as I was, even though not one of them had so much as a dark root in sight. From what I could overhear, these women show up at least every other week for “touchups”—not because they need them but because they (egad!) ENJOY being at the salon. It was like something out of the 1950s, when the weekly visit to the “beauty parlor” was a required part of life.

Not being able to read, email, or write during all those hours sitting there, I couldn’t help but listen to the conversation around me.

It was NOT scintillating.

Most of it revolved around an article the women were reading in a fashion magazine. I didn’t get a look at it myself, but I can only assume it must have been decades old because, among the “revelations” it shared was that you should try to drink at least 8 cups of water a day (yeah, that’s a news flash!) and that heart disease is the leading cause of death in America.

Those facts were not shocking—at least, not since I first learned them back in, say, 1985.

What WAS shocking was that not one of the women around me expressed even a hint that she already knew about these things. They all seemed genuinely astonished:

“Eight cups? My goodness, that’s a lot of water!”

I wondered for a while if they were playing a joke on me, the new girl, but I quickly realized they actually had no idea about these common facts that, to me, have been old news for longer than I’ve been an adult (and I’m 46 now).

Which brings me to my question:

Is the salon located in some other dimension?

Is it, perhaps, the rock people talk about when they say, “What, do you think I live under a rock?”

What is going on there that made these people—who clearly get out of the house a lot more often than I do—miss so much of what’s been going ON in the world for so many years?

All I can say is, beauty is nice, but I’d rather have knowledge, and my salon experience seems to suggest that we’re not allowed to have both.