Fixing the World, One Grocery Store at a Time 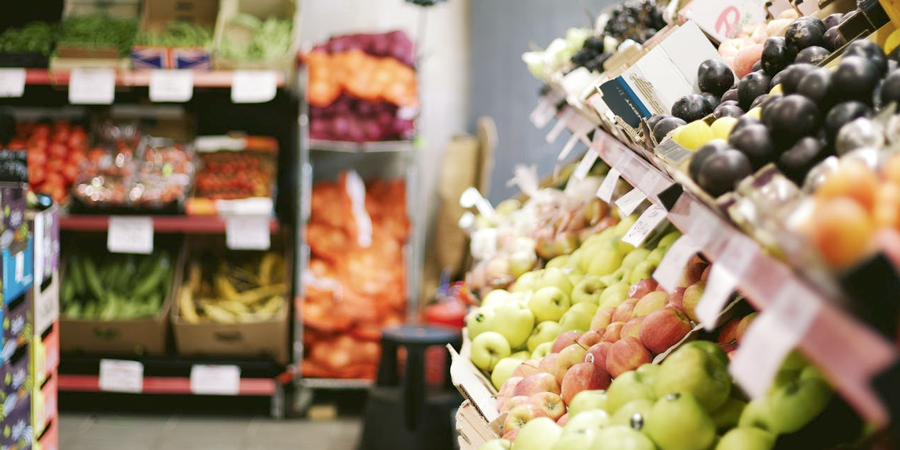 I know I’m complaining again—or, rather, I’m about to—but here’s the thing: If I don’t point out the errors of the world, how are we ever going to fix them? Because clearly, and no offense, but y’all seem to be overlooking a whole lot of nonsense.

So, the other day, I went over to our local Acme (the one in Kenilworth, New Jersey—I am NOT about to protect the guilty in telling this story) to grab a few quick groceries. It was 6:15 a.m., and the store had been open since 6:00.

Now, I should mention that I rarely go to Acme. When I first moved here, I tried it several times (because it’s by far the closest supermarket), but I found it incredibly overpriced. Just as an example, the multivitamins that I like—same brand, same size, same everything—cost only $8.99 at Walmart but Acme was charging a whopping $19.99! (That’s a big price difference for two stores within two miles of each other.)

For a quick hit, though, I’ll sometimes go to Acme, mainly because it opens at 6:00 and nobody else opens before 7:00 or even later—a big deal to someone like me, who starts her day by 4:00 at the latest. (I SO miss the days when most grocery stores were open 24 hours; I HATE having to wait until after DAWN just to do my food shopping—what kind of world are we living in??)

Anyway, I entered the store, which, every time I go there, has shelves so barren, you think you’ve somehow time-traveled to Soviet-era Russia. I half expect Stalin to pop out of the manager’s office to tell me, “Comrade, these sacrifices are necessary for the success of the Five-Year Plan.” No joke. It’s that bad.

Paltry selection aside, I finally managed to find most of what I needed (even if it was at exorbitant prices—$6.99 a pound for chicken breast, when it averages $2.99 a pound across town? Yeah, Acme, you’re just being douchey).

At least, that is, until I arrived in the produce section. There, instead of the fresh cilantro I needed, I found a stack of yellow, moldy, smelly stuff that Acme was claiming to be cilantro (and maybe it was, once, several WEEKS ago). And the price? $1.49 per bunch (as opposed to the 99 cents I pay for a LARGER bunch at the Shoprite).

By the time I reached the bagged salad section (which was literally empty, with a sign citing the more-than-a-week-past romaine E. coli scare as the reason for the lack of selection), I was already muttering to myself about the idiocy and incompetence of everyone who currently works or has ever worked in this particular grocery store.

That might have been the end of it—me red-faced and in a slightly worse mood than usual—but then I got to the registers, where the geniuses of Acme had decided not to open ANY lines except for the self-checkout.

Here’s the thing: Normally, I PREFER the self-checkout. I’m faster and more efficient than even the most professional scanner, and I run circles around any bagger I’ve ever seen (and I’m completely self-taught, thank you very much!). But when you have 30 items, 10 of which are pieces of produce that will need to be looked up and weighed? It’s time to have the person who gets PAID to scan stuff do a little bit of work.

A young employee (the only one I’d seen in my 20 minutes in the store) came over and I confirmed with her that there were no actual lanes available, that I was expected to scan and bag all of my groceries on the less-than-one-foot-wide slab of space intended for people who had dashed in to buy nothing more than a tin of breath mints.

I got to work, and despite my skill (😊), within moments, the bagging area was overflowing and (of course) this confused the register’s sensors, so it kept coming up with a message: “Unexpected item in bagging area.”

Um, aren’t the groceries I JUST scanned kind of EXPECTED to be in the bagging area? Just sayin’.

Every time the machine displayed this message, the employee had to come over, enter her employee code, and override the error so I could resume scanning and bagging.

Now, you’d expect someone who does this for a living to KNOW her employee code, but in the (no kidding) 12 times that she had to input the code, she didn’t get it right on the first (or second or third) try once. No. She kept blindly punching at the screen (and then finally consulting a cheat sheet in her pocket). TWELVE TIMES. Or, rather, 4 times EACH for 12 different attempts, so a grand total of 48 attempts to punch in her code. Yes, I counted. And shut up. I’m not the villain in this piece.

It took more than 25 minutes to scan and bag my 30 items. That’s right, folks—nearly a full minute per item, thanks to the obviously intellectually gifted Acme employee. I wanted to tell her that Mensa wasn’t going to be contacting her anytime soon, but I was pretty sure she wouldn’t have had any clue what that meant.

So much for my “quick trip” to the grocery store.

Kenilworth Acme? You stink all around: bad selection, high prices, rotten produce, and incompetent service. And that is my official review.

I’m just doing my part to save the world, one crappy grocery store at a time.