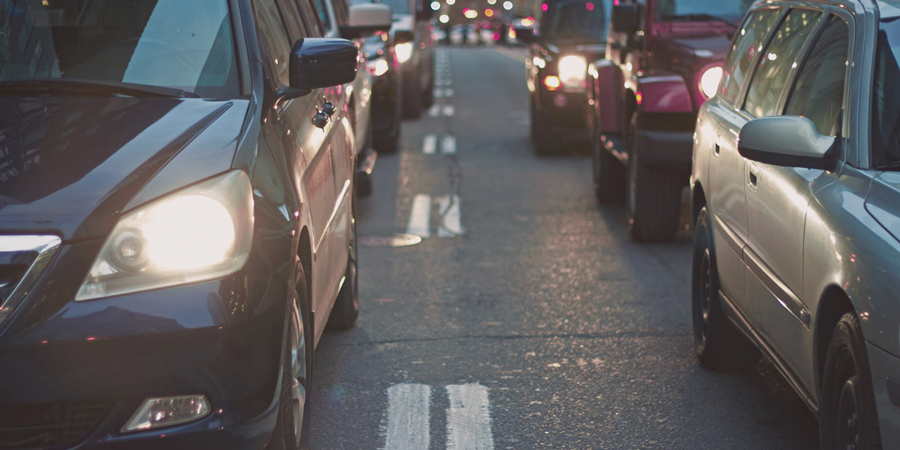 Last week, after four years of straddling the line between being a resident of New Jersey and a Pennsylvanian, I finally bit the bullet and went down to the NJ DMV to become an official citizen of the state where I was born (but that I no longer feel is my home—not that anyplace DOES seem all that homey, these days, but that’s a story for another time).

I didn’t have much of a choice. My PA license was getting ready to expire and I was going to have to endure the insanity and lines at a DMV one way or the other. It just seemed like time to accept the fact that I’m a Jersey girl again, whether I like it or not.

I knew it wasn’t going to be easy.

New Jersey requires “6 points” of identification to do anything at the DMV, and the kind of things you’d expect to be worth a decent number of points—like a valid driver’s license or your original, 46-year-old Social Security card—might as well be junk mail. No joke, a non-U.S. citizen with a fake but believable-looking passport can more easily get a license in New Jersey than I can—someone who was born here and lived here for all but 12 years of my life. But that’s a gripe for another time, too.

Nonetheless, I’m a dedicated and resourceful gal, so I gathered up a solid 13 points’ worth of ID, in addition to extra documentation showing why, at one point, I had a New Jersey driver’s license under a different last name (while I was married, before I got divorced and changed my name back).

I got to the DMV precisely one minute before they opened at 8:00 a.m. and parked in the lot across the street. The last time I was there, twenty-five years ago, parking was free, but now (surprise, surprise!) you have to pay. My experience with motor vehicle divisions told me it’s always better to err on the side of “too much time,” so I sprang for the full 4 hours’ worth of maximum parking. Good-bye, two dollars.

I was about to cross the street and head into the building when I noticed something strange: a line of about 20 people standing on the curb, not in front of the DMV but on the same side of the street where I was, on the edge of the paid parking lot.

I asked the last man in line what was going on and he said, “We’re waiting for the DMV to let us in.”

That’s right. The DMV doesn’t let you inside, even when it’s open (and even though it has a very large waiting room with tons of seating). No. You stand outside, across the street, as if you’re waiting at Six Flags to ride on a roller coaster. (Perhaps this is the DMV’s way of making you think you’re going to have a pleasant experience when you finally get inside? I don’t know.)

I took my place at the end of the line. Oh, and I should mention that it was mid-November, and the temperature outside was approximately 33 degrees with wind gusts making it feel more like 20. The DMV isn’t just ripping us off on our car-related documents; it’s also inducing hypothermia.

Luckily, my fingers were only bright pink (and not blue) when the security guard decided to let our group inside to be corralled at the reception desk like cattle, where we were given forms to fill out based on what we were there to do.

Just in case you’re wondering if I’m some sort of Luddite idiot who hates technology and never thought to check online for the forms, to fill them out in advance, I assure you: I did. They are NOT available.

No, no. Don’t be silly. This is New Jersey. We’re still living in the 1980s, with the big hair and stirrup pants (no kidding—I saw a lady with both just last week.)

No online forms here. Instead, you have to get these ancient-looking colored paper cards and fill them out—while sitting on a chair, with the paperwork on your lap, your hands numb from standing outside in the cold. Oh, and if you didn’t bring a pen with you? Just go home now and try again another day. You’re not allowed to use theirs.

When my number was called (which happened surprisingly quickly, given the fact that it’s, you know, the DMV, and isn’t exactly known for its speed and cheery service), I took my many forms and all my “points” with me to the first desk: document verification.

That’s where they review your many forms of ID and decide on a whim that half of them are not usable, like my state tax correspondence, for example, despite a clear statement on the DMV’s website that a state tax document is one of the few acceptable ways to prove your current address (and the only one listed that I actually possessed).

“Ain’t ya got a car insurance form? That’ll work,” the cantankerous document checker asked me. Even though car insurance is NOT an accepted form of residence proof, I did (thank heaven) have that, so I was able to show the woman that I did indeed live in New Jersey.

Even without the state tax document, I still had enough points to prove I was me, but (as I expected) the woman at the desk argued with me about my divorce decree and name change form.

Though the woman had a lot of trouble understanding the legalese, once I talked her through it, she finally accepted the document and let me pass through. (I found myself grateful that I once taught a class of second-graders—I was able to use the same patient tone with her that I once used with my class. The fact that it worked suggest to me that a second-grade reading level is ever so slightly above what is required to be an employee at my local DMV.)

After that, it was (fairly) smooth sailing, though even after two tries, my new license photo makes me look like a grumpy blond terrorist who really needs to poop.

It wasn’t, overall, my worst DMV experience ever (though I DO miss Pennsylvania, where you’re in and out with your new license in hand in approximately 3 minutes).

Still, New Jersey, you’ve got to get it together. Online forms that can be filled out ahead of time (and already entered into the computer system) would save everybody a lot of time and money and headaches.

And about that outdoor waiting thing? Seriously. You’ve GOT a waiting room. Use it. We GET that you don’t respect us or consider us human beings, but isn’t it against, like, the Geneva Convention to make people line up in the cold like animals?

I’m just glad it’ll be another four years before I have to do it all again. Who knows? Maybe my state will finally decide to get a functional website by then, like the rest of the world did circa 1997.